Trending Now
The Skinny on Exercise and Testosterone
Here’s How Boosting Testosterone Can Help Boost your...
THE LOWDOWN ON CORTISOL
THE ESSENTIALS OF EXERCISE DURING A PANDEMIC
HOW TO BOOST CONFIDENCE WHEN YOUR TESTOSTERONE LEVELS...
CAN VITAMIN DEFICIENCIES AFFECT YOUR ERECTIONS?
Erectile dysfunction is treatable in most, if not...
Is foam or liquid minoxidil better for balding...
A Guide to Naturally Increasing Your Testosterone Levels
20 Simple Ways to Increase Your Stamina (and...
Home Men's Health Seminal Fluid Congestion
Men's Health

In this post, we are going to shed light on seminal fluid congestion and inform you about things you need to know about this problem.

What is seminal fluid congestion?

Seminal fluid congestion in simple terms would be a condition where the semen is unable to leave the reproductive tract in a normal manner.

Due to the fact this problem is insufficiently studied, the exact cause of seminal fluid congestion is still unknown. Various factors could play a role here.

In some cases, the obstruction is congenital i.e., from birth, while in others, it is acquired or developed.

Most patients with this condition have low semen volume and lack of sperm, pain, and discomfort in the lower abdomen and genital area, and irritative and obstructive urinary symptoms.

Seminal fluid congestion can also occur due to other factors such as cysts and calcification of seminal vesicles. The latter is relatively uncommon, and its incidence is not known, but it can be a consequence of diabetes, radiation, tuberculosis, and other health problems.

More research on this subject is needed to uncover underlying mechanisms and causes associated with seminal fluid congestion. Identifying the cause (or more of them) could help doctors and scientists develop more effective treatment strategies.

What are the signs of seminal fluid congestion?

Signs and symptoms associated with this condition may vary from one man to another. However, in most cases, they include pain in one or both testicles immediately after the ejaculation. The volume of ejaculate is low, in some cases, about half of the teaspoon or less, and there is usually no sperm.

It’s not uncommon for men to think these problems are normal and refuse to see the doctor. Pain and low volume are not a normal function of a man’s reproductive tract. It’s highly likely that seminal fluid and production of sperm are normal, but the congestion i.e., the obstruction doesn’t allow it to exit the penis.

How is seminal fluid congestion diagnosed?

If you experience pain in the testicles or genital area, low semen volume, or lack of it and absence of sperm, you need to see the doctor. Based on the symptoms you describe, the doctor will assume seminal fluid congestion is the problem, but certain tests may be necessary to rule out other potential problems.

To uncover the root of the problem doctor needs an insight into sexual and medical history, performs a physical exam of genitalia and testes and orders laboratory tests to examine the levels of reproductive hormones such as testosterone and follicle-stimulating hormone (FSH), and perform a semen analysis.

One of the most common diagnostic methods is the use of transrectal ultrasound (TRUS), which is able to detect and reveal dilated seminal vesicles, calcifications, and cysts that are blocking the ducts and thereby cause congestion. 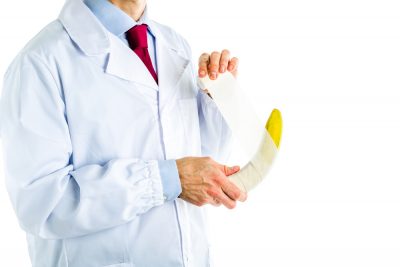 Treatment of seminal fluid congestion is important because when left unresolved, the condition can cause infertility and other problems such as dysuria (painful urination) after the prostatectomy procedure.

If TRUS and other tests point to the existence of congestion or obstruction, the doctor will usually recommend transurethral resection of the ejaculatory ducts.

During the procedure, the doctor removes the cyst or obstruction and thereby allows the ducts to transfer seminal fluid properly. This procedure can help restore fertility in men, especially those who want to have children.

However, it is worth mentioning that in some cases, the obstruction cannot be repaired, for example, in people whose condition is congenital.

Problems affecting the male reproductive tract are rarely discussed and insufficiently studied. Seminal fluid congestion is a great example; this problem has serious symptoms and contributes to infertility, yet little is known about it.

The most important thing to do when symptoms such as pain in testicles and genital areas occur, low semen volume or lack of it, and the absence of sperm happen is to see a healthcare provider. Your doctor will order the necessary tests to diagnose the problem and recommend the proper treatment.

The last thing you should do is ignore the problem and hope it would go away on its own.

Male UltraCore is a premium testosterone boosting supplement that is designed to maximize test levels, increase your performance and drive, and give you harder and fuller erections. 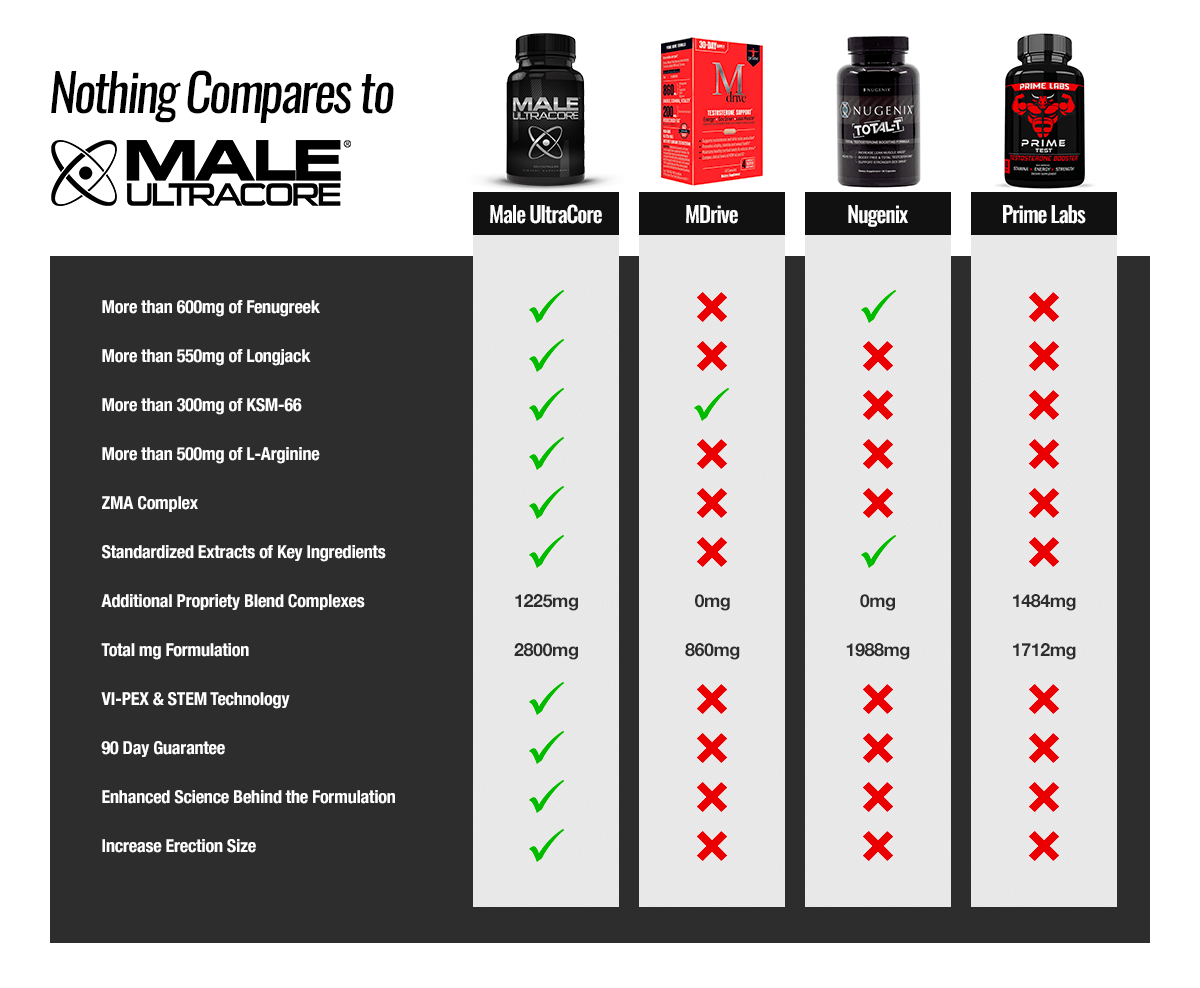 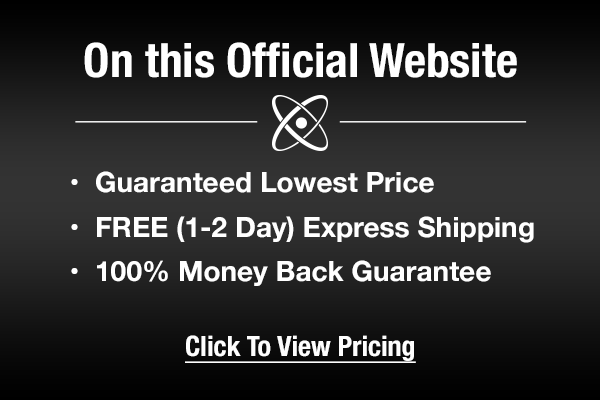 Which Foods are Aphrodisiacs?

The Skinny on Exercise and Testosterone

Here’s How Boosting Testosterone Can Help Boost your...

THE LOWDOWN ON CORTISOL

THE ESSENTIALS OF EXERCISE DURING A PANDEMIC

HOW TO BOOST CONFIDENCE WHEN YOUR TESTOSTERONE LEVELS...

CAN VITAMIN DEFICIENCIES AFFECT YOUR ERECTIONS?

Erectile dysfunction is treatable in most, if not...

Is foam or liquid minoxidil better for balding...

A Guide to Naturally Increasing Your Testosterone Levels

20 Simple Ways to Increase Your Stamina (and... 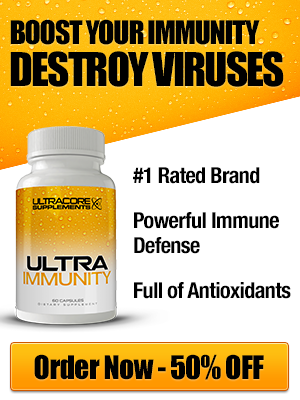 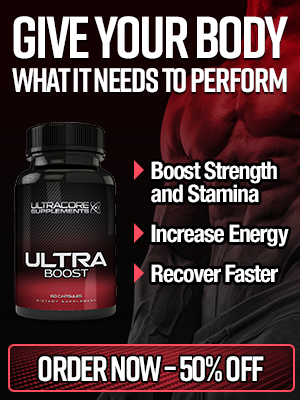