Trending Now
A Primer on Free Testosterone and Your Health
The Complex Science of Erections
7 Physical and Psychological Factors that Cause Low...
The Lowdown Between Testosterone Replacement Therapy and Anabolic...
How to Keep Your Testosterone Levels High in...
Stress, Anxiety, and Sex: How Do They Interact?
The Lowdown on Ejaculations and Aging
8 Vital Nutrients You Need More Of (To...
Is Daylight Saving Time Screwing Up Your Sex...
Anabolic Steroids: Friend or Foe?
Home Men's Health The Lowdown on Ejaculations and Aging
Men's Health

Quite frankly, there isn’t much information about ejaculation issues apart from premature and delayed ejaculation and blood in the semen.

However, it’s not uncommon to see men concerned about their declining ejaculatory function as they age. Urologists will attest to this.

Anyway, what’s in a word? What does ejaculation mean?

Ejaculation results when a man is sexually stimulated and friction on the penis and other sexual stimuli signal the central nervous system to ejaculate. This is when the walls of the epididymis contract to push and eject sperm into the vas deferens.

The process results in a cocktail of neurotransmitters and brain chemicals such as serotonin, oxytocin, prolactin, and nitric oxide are released.

Here’s another cool fact about ejaculation: you don’t need to have an erection to orgasm and ejaculate. While a flaccid penis may not be able to penetrate as an erect one would, it is still 100% capable of orgasming and ejaculating.

Let’s take a closer look at this phenomenon and the effect of aging on ejaculatory function.

How do ejaculations change as we age?

As men age, ejaculatory and orgasmic function frequently diminish in intensity, coupled with reduced volume, force, and trajectory. This is often worsened by the fact that testosterone levels decrease throughout adulthood, which leads to lackluster, unsatisfying experiences culminating in a weak dribble of semen, instead of the forceful ejaculations that they once enjoyed in their younger years.

Why does it matter? 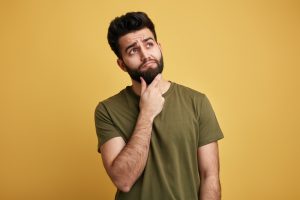 Quite frankly, men (and their partners) dislike underwhelming ejaculations and orgasms. Sex is an integral part of life for many of us. Therefore, while getting the necessary “wood” is necessary, the result – that is, the ejaculation and orgasm – is just as vital as getting fully erect for action.

Though we may be in our forties and fifties (and onwards), we all want to be able to point, shoot, and take our partners to Space Mountain like we did 20 years ago. Everyone wants to be able to ejaculate like a supernova, and everyone wants those supremely intense and pleasurable feelings of years past.

Ejaculation and the science behind it

Mind-blowing orgasms don’t occur in a vacuum. Climaxing consists of emission, ejaculation, and orgasm. When sexual stimulation intensifies and reaches the point of no return, we have emission, where the prostate gland, epididymis, seminal vesicles, and vas deferens are loaded into the prostate.

Upon ejaculation, your pelvic floor muscles pulsate and contract, sending them down the penile urethra to forcibly expel the semen in an explosive, rhythmic eruption. This results in the emotional and mental bliss that is the orgasm that comes with ejaculation.

Put it this way: ejaculation occurs in the penis, while orgasms happen in the specific centers of the brain, such as the amygdala and the thalamus, apart from the spinal cord and nervous system.

What is ejaculate made of?

Most of the ejaculate is a cocktail of genital secretions that nourish and support sperm. The remainder (less than 5%) of the volume is semen volume itself. A large part of the secretions (70%) consists of viscous fluid from the seminal vesicles, and the remaining 25% of the ejaculate consists of secretions from the prostate, which produces a white emission. A miniscule amount is pre-ejaculate, or precum, which works as a lubricant.

What is the normal volume for ejaculate matter?

Average ejaculate volume ranges from two to five cc (up to a teaspoon). While the prospect of massive ejaculations sounds like a good thing, it may lead to infertility as a result of the inordinate amount of seminal fluid – effectively drowning the sperm in it.

Why do the prostate and seminal vesicles produce less fluid with aging?

As men age, their prostates grow larger. An aging prostate gland as well as seminal vesicles produce less secretions, while the ducts that serve to drain genital secretions may become clogged as time goes by. It’s a lot like the changes in urinary function men experience as they age. Moreover, the pelvic floor muscles, which are integral to ejaculatory function, experience diminishing strength and stamina as men age.

How do pelvic floor muscles change with aging?

The pelvic floor muscles, in particular the bulbocavernosus muscle that surrounds the urinary chamber is what powers ejaculations through rhythmic contractions, which allow ejaculation and intensify orgasms.

Is it possible to get those ejaculatory juices flowing again? 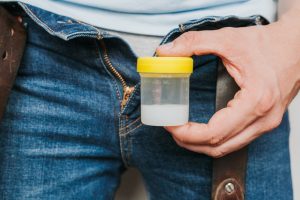 One of the ways to improve ejaculatory function is by training your pelvic floor muscles, in particular the bulbocavernosus muscle that powers it. The stronger these muscles are, the better the force and the better the absorption of blood in the erection chambers located in the urethra. Having strong pelvic floor muscles may help improve the quality of the orgasms that come along with the physiological processes of ejaculation.

Can I use testosterone boosters to improve ejaculation/sperm volume and quantity?

Plenty of supplements in the market claim to be the silver bullet to solving erectile dysfunction or boosting sexual performance. However, much of the scientific evidence that supports some of the claims made by supplements range from iffy to promising. Worse, supplements can vary wildly in quality.

What separates Male UltraCore from other testosterone boosters of its ilk is that it exclusively uses standardized ingredient extracts optimized for potency, instead of using ground-up dried herbs that miss more than they hit as far as effectiveness is concerned. With advanced vasodilatory technology and the highest-quality testosterone boosters, Male UltraCore has been proven to give men a significant boost in energy, sex drive, and peak erection size and quality.

Supercharge your performance with Male UltraCore

Male UltraCore is a premium testosterone boosting supplement that is designed to maximize test levels, increase your performance and drive, and give you harder and fuller erections.

Male UltraCore is exclusively available online via its official website at www.MaleUltraCore.com.