Trending Now
A Primer on Free Testosterone and Your Health
The Complex Science of Erections
7 Physical and Psychological Factors that Cause Low...
The Lowdown Between Testosterone Replacement Therapy and Anabolic...
How to Keep Your Testosterone Levels High in...
Stress, Anxiety, and Sex: How Do They Interact?
The Lowdown on Ejaculations and Aging
8 Vital Nutrients You Need More Of (To...
Is Daylight Saving Time Screwing Up Your Sex...
Anabolic Steroids: Friend or Foe?
Home Men's Health Anabolic Steroids: Friend or Foe?
Men's Health

On the other hand, anabolic steroids are synthetic counterparts of testosterone and its derivatives, that were created back in the 1930s to treat low levels of testosterone, particularly for hypogonadism. More recently, anabolic steroids have been made infamous in the media, prominently within the field of sports. Some professional athletes and bodybuilders take it illegally to enhance their performance and to further increase their endurance and strength for the competition. However, it is important to make a distinction between anabolic steroids used and approved by doctors to treat several medical conditions and off-label used anabolic steroids.

Anabolic Steroids in the Medical Setting

Anabolic Steroids can be legally prescribed by physicians for many conditions. One major use of anabolic steroids is to treat male hypogonadism, a condition wherein the testes fail to produce sufficient amounts of testosterone, sperm, or both, in the body. A treatment option for patients with hypogonadism includes testosterone replacement therapy (TRT) which can be administered via injections, a patch, or topical gels.

Anabolic steroids can also be utilized in cases of patients with delayed puberty to promote sexual maturation and development. Treatment of which can be done in the form of a series of testosterone injections.

Lastly, cancer patients undergoing chemotherapy and HIV patients, who usually battle against severe weight loss and muscle wasting due to their illnesses, can also be given anabolic steroids to help them regain weight and build back lost muscles.

How Do They Work? 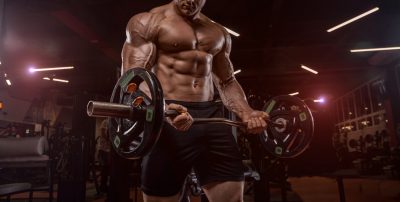 Like testosterone which is naturally produced by the body, synthetic anabolic steroids also bind to androgen receptors in the brain and initiate a cascade of events that regulate the expression of male characteristics and stimulate particular cells to produce proteins that will serve as building blocks for muscle formation. As we can see, testosterone and anabolic steroids (in the right dosage) have relatively the same effects on the body, owing to their similar mechanism of action at the molecular level.

The Dark Side of Anabolic Steroid Abuse and Misuse

Unfortunately, anabolic steroids are among the most frequently abused drugs based on the National Institute on Drug Abuse (NIDA), wherein it is reported that users often take doses ten to a hundred times the approved medicinal limits.

We all have heard of several athletes who have been banned from competing and even stripped of their titles, after failing drug tests and testing positive for performance-enhancing substances, including anabolic steroids. This has even led to the development of “Designer steroids”, which produces a far greater anabolic effect and muscle development compared to its androgenic effects, to stay under the radar of suspicion. These kinds of drugs can even remain undetected in some drug tests.

The Dangers of Anabolic Steroid Overdose 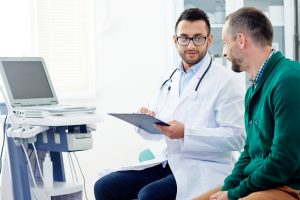 According to the American Medical Association (AMA), the issue of anabolic steroid misuse even spans over to non-athlete citizens. Data shows that around 2.9 to 4 million Americans, most of whom were males, and including a staggering 20% of the teenage population, have used the said drug at one point in their lives. Some of them take anabolic steroids to improve their gains in the gym or to simply look leaner and more muscular.

And regrettably, within these statistics, around 1 million have developed a dependence on the said medication. In this cohort, overdose is a great deal of concern. As they become tolerant to anabolic steroids, they up their doses much higher to achieve their desired effects which can ultimately lead to a drug overdose, and worse, death.

Taking anabolic steroids, especially if without the guidance and supervision of your doctor, can cause multiple effects on your body. The advent of technology and online shopping also contributes to its misuse, as consumers can order anabolic steroids illegally from unreliable sources, from which the exact dose and purity of their products are hidden from the public.

In general, anabolic steroids can cause acne, mood changes or aggression (famously known as ‘roid’ rage), increased risk for heart attack, liver disease, osteoporosis, elevated red blood cell count (aka polycythemia), decreased levels of good cholesterol, and dysuria or painful urination. Particularly in men, other adverse effects that can occur include enlargement of the breast or gynecomastia, low sperm count, decreased libido, testicle shrinkage, and thinning of hair. As for women, they may unfavorably develop enlarged clitoris, facial hair growth, and decreased libido.

While anabolic steroids have vast medical benefits for different diseases as previously tackled, their propensity to be abused remains a big problem in society. They can cause small side effects such as acne but can also cause serious life-threatening complications, especially if abused. As such, it is highly advised to never use anabolic steroids unless it is prescribed to you by your physician. And if it is prescribed by your doctor, see to it that you are taking the right amount, the right dose, and the right frequency as instructed.

Find Out What Can Be Lowering Your Testosterone Levels

Is Daylight Saving Time Screwing Up Your Sex Drive?