Trending Now
A Primer on Free Testosterone and Your Health
The Complex Science of Erections
7 Physical and Psychological Factors that Cause Low...
The Lowdown Between Testosterone Replacement Therapy and Anabolic...
How to Keep Your Testosterone Levels High in...
Stress, Anxiety, and Sex: How Do They Interact?
The Lowdown on Ejaculations and Aging
8 Vital Nutrients You Need More Of (To...
Is Daylight Saving Time Screwing Up Your Sex...
Anabolic Steroids: Friend or Foe?
Home Men's Health The Complex Science of Erections
Men's Health

There’s one thing about having a penis: having one is seemingly so natural for us men, but how it works remains a mystery to many of us.

The thing is, men ought to know more about the science of erections–mainly because of how complicated its mechanics actually work.

Getting wood requires the concerted efforts of multiple physiological systems to work simultaneously.

But erections aren’t simply an indicator of you getting ready to get it on between the sheets.

Running into problems with your pecker could be a significant indicator that something’s amiss with your health.

Let’s deep dive into the science of how erections work.

How do erections occur?

Erections require a seamless effort between the cardiovascular, endocrine, nervous, and reproductive systems in a series of complex events. All things being equal, the male penis can allow as much as eight times the standard rate of blood flow, allowing for firm, hard, and satisfying erections. But a single spanner in the works can spiral into complete and total erectile dysfunction–which can be the sum of all fears for some men. 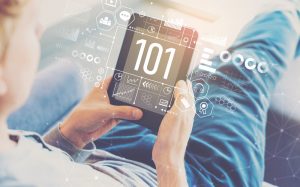 So what comprises the penis? The penis is made of three main parts: the head (glans), shaft, and the urethral opening (meatus). Then, the corporum cavernosum, which is filled with spongy tissue that is engorged with blood during erections, and then there’s the corpus spongiosum, which contains the urethra.

Erections are most commonly associated with sexual arousal. Ultimately, erections are caused by physical responses to biochemical reactions occurring in the body.

See, whenever the body experiences arousal, the plethora of blood vessels in and around the penile tissue and the male reproductive organs dilate, meaning more blood fills the spongy tissues. It is right around this moment where the phenomenon of erections occurs.

Once climax and ejaculation are achieved, or if the feeling of heightened sexual arousal wanes, blood starts to drain elsewhere, and the penis returns to its flaccid state.

Erections are the ultimate result of a complex series of bodily reactions stemming from arousal in the central nervous system. Here’s how the cycle works:

Problems with getting erect

What happens when men start having problems with getting erections or getting hard enough to enjoy vigorous, satisfying sexual intercourse? That’s called erectile dysfunction (ED). ED is one of the most common sexual disorders reported in the United States and the rest of the world.

Worse, ED doesn’t start and end with your penis–it can be a red flag signifying something possibly more sinister underneath the hood.

If you’re experiencing symptoms of erectile dysfunction that may be bothering you or interfering with your sex life, consult your doctor and ask for what treatment options you might have or lifestyle changes you may need to implement. It can only be good for your health and your sex life. 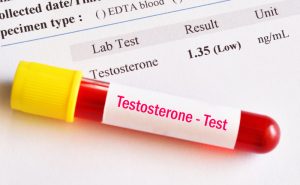 Testosterone plays a crucial role in the erection response. However, their relationship goes deeper than mere correlation, and the jury is still out to the definitive cause. Some men may experience frequent erections despite having low testosterone levels.

One thing is for sure: low testosterone levels are linked to the same risk factors that lead to the same ones that affect erectile dysfunction. They are, in fact, the exact same culprits: heart disease, diabetes, and obesity.

Testosterone replacement therapy (TRT) is often recommended for individuals who are clinically diagnosed with low testosterone through qualified medical testing. TRT has successfully restored libido in men with low T levels, but its effect on improving ED is yet inconclusive.

But for most men who have testosterone levels playing around the normal range, TRT isn’t really an option. Rather, more efforts need to be made to determine the causes and solutions.

PDE-5 inhibitor drugs such as sildenafil (Viagra), tadalafil (Cialis), avanafil (Stendra), and/or vardenafil (Levitra) are also an option. These drugs boost blood flow to the penis by dilating the blood vessels, leading to a temporary boost in men’s erections due to the increased blood flow.

Nevertheless, consult a primary healthcare specialist if you suspect you might be suffering from low testosterone.

In addition to either of these options, your doctor might also prescribe some lifestyle changes such as getting more exercise, consuming a healthy diet, and even taking a testosterone booster supplement (Male UltraCore ranks as one of the top natural testosterone formulas out in the market today). Both can reduce the risk factors that lead to low testosterone and erectile dysfunction and improve your sex drive and libido.

Sometimes, all it takes is just the right combination of exercise, diet, supplements, and the right course of treatment to help get your erections back on track.

After all, erectile dysfunction is becoming more and more viewed as a holistic medical issue–and more deservedly so as a potential future indicator for an acute heart attack. ED is ultimately caused by arterial blockages. These atherosclerotic blood vessels are often a prelude to heart attacks and strokes, which is why they should be viewed with care and caution. It’s not as simple as popping a blue pill.

7 Physical and Psychological Factors that Cause Low Libido