Trending Now
A Primer on Free Testosterone and Your Health
The Complex Science of Erections
7 Physical and Psychological Factors that Cause Low...
The Lowdown Between Testosterone Replacement Therapy and Anabolic...
How to Keep Your Testosterone Levels High in...
Stress, Anxiety, and Sex: How Do They Interact?
The Lowdown on Ejaculations and Aging
8 Vital Nutrients You Need More Of (To...
Is Daylight Saving Time Screwing Up Your Sex...
Anabolic Steroids: Friend or Foe?
Home Men's Health L-Citrulline: Is This Compound the REAL Natural Viagra?
Men's Health

Citrulline is an organic compound typically categorized as a non-essential amino acid. Supplements containing L-citrulline claim to increase blood flow throughout the body, including the extremities and appendages. Therefore, L-citrulline is taken for a wide array of medical conditions – one of which includes mild cases of erectile dysfunction, or ED.

L-citrulline has shown its effectiveness in treating such cases of ED, as shown in a 2011 study in the Journal of Urology. The study determined that men who took l-citrulline enjoyed better erection hardness as opposed to men who took a placebo.

What is L-citrulline, anyway? A primer 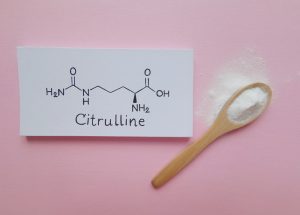 Citrulline is, is a non-essential amino acid. The body’s kidneys process citrulline into L-arginine, another amino acid, as well as nitric oxide. Both l-arginine and nitric oxide play critical roles in cardiovascular and circulatory health, apart from helping boost the immunity. Nitric oxide and l-arginine may help improve blood flow to the extremities – including the genitals. This rejuvenated blood flow may help clear and open up the blood vessels and reduce blood pressure in doing so.

Citrulline’s formula plays a role in the urea cycle, where mammals convert ammonia into urea by excretion. Citrulline is also a byproduct of nitric oxide and arginine, processed by nitric oxide synthase.

Nitric oxide synthases are enzymes responsible for producing nitric oxide from the amino acid l-arginine. Nitric oxide is a molecule whose role in cellular signaling is essential. Apart from the latter, nitric oxide also promotes vascularity, regulate secretion of insulin, and peristalsis, apart from its role in angiogenesis, or the process where new blood vessels are created from existent ones that were formed earlier. 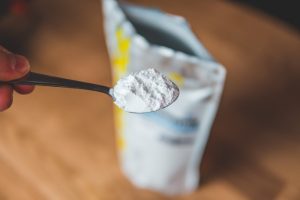 Nitric oxide is the physiological signal integral to achieving erection because it is a prerequisite for activating guanylate cyclase to process guanosine triphosphate into cyclic guanosine monophosphate, or cGMP. cGMP is the compound responsible for triggering smooth muscle relaxation in the penile tissues. Prescription PDE-5 inhibitors like sildenafil, vardenafil, or tadalafil, when combined with l-citrulline (or less effectively, with l-arginine), may help boost nitric oxide production for men who may be unresponsive to the former class of erectile dysfunction drugs.

While l-citrulline may be less effective than prescription PDE-5 drugs, studies have shown that individuals taking supplements with l-citrulline helped increase erection hardness in men with mild symptoms of erectile dysfunction. Doses of 1500 mg were given to the participants, and one of the notable results was its safety and tolerability. While such studies may be promising, the majority of the research on the effectiveness of both l-citrulline and l-arginine as far as treating symptoms of erectile dysfunction are as yet tentative. Such results may not hold water when conducted on a larger, more diverse set of individuals.

Moreover, oral l-citrulline supplementation has demonstrated promising results not just in the realm of sexual health, but also in reversing sickle cell-induced endothelial dysfunction and high blood pressure in the lungs. This confirms the effectiveness of l-citrulline’s effect in activating l-arginine, nitric oxide, and cGMP.

Increased nitric oxide production was found to induce the secretion of vascular endothelial growth factor, which may improve endothelial function in patients with impairments to the latter. This actually supports the idea of l-citrulline supplementation reversing endothelial dysfunction and addressing the

In 2008, it was shown that increased NO production induces corpus cavernosum smooth muscle cell synthesis and the secretion of vascular endothelial growth factor (VEGF), which can restore impaired endothelial function. This provides a rationale for L-citrulline supplementation to not only manage, but reverse penile endothelial dysfunction by correcting the apparent cause of erectile dysfunction.

Lastly, l-citrulline and l-arginine supplementation, paired with antioxidants, has shown to reduce endothelial senescence in individuals with high blood sugar or consume high fat diets. Such effect brought on by nitric oxide activation may have some clinical application in treating atherosclerosis arising from aging, menopause, and diabetes.

Additionally, PDE-5 inhibitor drugs don’t do jack squat to actively boost nitric oxide production. Whereas on the other hand, l-citrulline supplementation (which also produces l-arginine) does.

In doing so, individuals with hypertension, cardiovascular disease, diabetes, or atherosclerosis improve their circulatory function – all of which are common underlying medical ailments linked to erectile dysfunction. Patients with ED should consult their doctor if an l-citrulline supplement may help them improve their symptoms and sexual performance.

However, caution must still be followed at all times, even when taking a supplement as well-tolerated and safe as l-citrulline. All the more so for women who may be pregnant or breastfeeding, as not enough scientific research exists regarding the substance’s safety for consumption during pregnancy. It is therefore best for pregnant or nursing women to avoid taking l-citrulline supplements until such time more information exists.

Likewise, dosages of l-citrulline, like many others, depends on aspects of the user’s health condition, age, and others. However, at the time of this writing, there is relatively little scientific information regarding the appropriate doses for the amino acid. Bear in mind that “organic” or “natural” doesn’t always mean “safer ” or “well-tolerable”. Consult your doctor or your friendly neighborhood pharmacist before taking any supplements.

Ready to take your performance to the next level? Make the switch to Male UltraCore. Male UltraCore is the leading natural performance solution that packs l-citrulline along with a wide array of proven, natural and high-quality ingredient extracts. Click here to visit the Male UltraCore website for more details as to how Male UltraCore can help you regain your mojo.