Trending Now
A Primer on Free Testosterone and Your Health
The Complex Science of Erections
7 Physical and Psychological Factors that Cause Low...
The Lowdown Between Testosterone Replacement Therapy and Anabolic...
How to Keep Your Testosterone Levels High in...
Stress, Anxiety, and Sex: How Do They Interact?
The Lowdown on Ejaculations and Aging
8 Vital Nutrients You Need More Of (To...
Is Daylight Saving Time Screwing Up Your Sex...
Anabolic Steroids: Friend or Foe?
Home Men's Health Is Ashwagandha the Ultimate Herbal for Manhood?
Men's Health

Ashwagandha has long been prized as one of the true miracle herbs and crown gems of the traditional Ayurvedic medicinal system practiced for millennia. However, it is only receiving the accolade it deserves because of recent studies on the plant — and the results are promising.

In Ayurveda, ashwagandha works by promoting equilibrium in the body. It is used to treat thyroid disease and related hormonal imbalances.

It’s classified as an adaptogenic plant that strengthens the body’s regulatory systems, particularly those involving the immune, endocrinal, neurological, and immune systems.

These substances — known as adaptogens — are known as organic metabolic and hormonal regulators that help the body to adapt to stress, trauma, and environmental factors. And, unlike other adaptogens, ashwagandha is also prized for its tranquilizing, calming effect.

But, as we will see, ashwagandha gets even better thanks to a full-spectrum root extract of the plant known as KSM-66 — the most potent form of ashwagandha root extract today. Let’s find out more about it.

For best systemic results, herbal ingredients need to have the right combination of phytochemicals to create the best synergistic benefits for the body. Ashwagandha is one of those rare plants containing a wide array of complex phytochemicals with over potentially 20 use cases.

One of the proprietary ashwagandha root extracts provides the full spectrum of phytochemicals, each in their intended, natural amounts – without one component overpowering another.

Ashwagandha’s effectiveness is due to its unique blend of beneficial alkaloids, saponins, and withanolides – with one caveat. Said components need to be in their natural concentrations. That’s why it’s critical to use a full-spectrum extract that achieves exactly just that.

This herb is thought to increase energy production by promoting mitochondrial activity, which reduces the enzyme activity that breaks down adenosine triphosphate.

In addition, ashwagandha has been shown to increase blood creatine levels, leading to more adenosine triphosphate activity. This typically leads to a boost of sustained energy without that sudden “crash” associated with caffeine and other stimulants.

Moreover, ashwagandha root extract promotes healthy activity in the adrenal glands and the nervous system. Its compounds help promote energy levels even under pressure and helps the body from burning out. It doesn’t matter whether you’re a consummate pro or an average joe; ashwagandha is suitable for everyone who needs that overall health and energy boost that only the ancient herb can.

Here are 14 reasons why ashwagandha might just be the ultimate manhood herb, backed by scientific studies at that:

Studies show that KSM-66 had a significant effect in reducing stress, anxiety, and serum cortisol.

In a study involving athletes who used a KSM-66 extract, it was found that they had better cardiorespiratory resistance, as well as improved feelings of confidence and self-esteem. 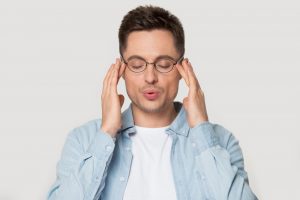 It was found that participants in a study taking KSM-66 ashwagandha root extract had shown significantly better numbers on the Wechsel memory scale apart from action and attention.

Men, you’re going to love this: ashwagandha has shown potential in improving sexual function and increasing testosterone levels in men — KSM-66 was likewise shown to provide an increase in sperm health, count, and motility. All the more reason for men to explore the power of ashwagandha.

It’s not just for the men, either; ashwagandha demonstrated its ability to potentially improve female sexual function, particularly their sex drive, arousal, lubrication, and overall pleasure. 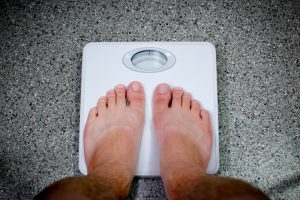 Participants in a KSM-66 control group were found to have improved overall health indicators such as decreased stress and body mass index, cortisol levels (and therefore stress), and weight loss. The best part? They appeared to be happier based on the Oxford happiness scoring chart. That’s right, and ashwagandha just might make you feel a little better.

Based on a study, KSM-66 was shown to have provided significant increases in testosterone production, as well as muscular function and performance, apart from mass and body fat in healthy adult male athletes. Furthermore, in another study, KSM-66 demonstrated its potential in helping improve muscle recovery and reducing recovery time across the board.

Aging is the cause of many physical and mental health issues, and KSM-66 has shown that it can help improve cognitive, physical, and psychosocial health.

Studies conducted on animals (particularly roundworms due to the similarity of their metabolic processes to humans) showed that taking KSM-66 extended subject life by almost 21%.

Based on studies conducted on rats, ashwagandha may help reduce blood fat — by nearly 53% while lowering levels of triglycerides to 45%.

Animal studies show that ashwagandha may help reduce inflammation by promoting immune cells that defend the body against infection and pathogens.

The future’s bright for KSM-66 — and it’s no secret that it is a featured ingredient in the best natural testosterone booster in Male UltraCore™ from UltraCore Supplements. Male UltraCore™ contains a 300 mg KSM-66 extract as a critical part of its STEM Free Testosterone Complex. Male UltraCore is available to purchase online at https://www.maleultracore.com and ships worldwide. Consult your doctor before taking dietary supplements.