Trending Now
A Primer on Free Testosterone and Your Health
The Complex Science of Erections
7 Physical and Psychological Factors that Cause Low...
The Lowdown Between Testosterone Replacement Therapy and Anabolic...
How to Keep Your Testosterone Levels High in...
Stress, Anxiety, and Sex: How Do They Interact?
The Lowdown on Ejaculations and Aging
8 Vital Nutrients You Need More Of (To...
Is Daylight Saving Time Screwing Up Your Sex...
Anabolic Steroids: Friend or Foe?
Home Men's Health 5 Essential Testosterone Booster Herbs for Men
Men's Health

By the time you’re reading this, you’re most probably aware of what low testosterone does to an individual’s health. Low testosterone in men may lead to erectile dysfunction (or ED), as well as a low sex drive, diminished metabolism, hair loss, anxiety, and depression. The same is true for women with the same problem, even if they fundamentally possess lower testosterone than men.

Tongkat Ali is an herb native to the Indochina peninsula, Indonesia, and the Philippines. Tongkat Ali extracts are derived from the plant’s root, which has been known as a natural aphrodisiac which has shown promise in studies conducted on animal subjects. Not surprisingly, Tongkat Ali has been used in traditional medicinal systems as a treatment for low libido in men and women, without having to experience the myriad side effects of taking erectile dysfunction medications (such as sildenafil and its related pharmaceuticals) or testosterone replacement therapy. 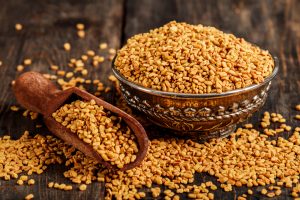 In addition, a recent 2020 review noted that fenugreek herb extracts may improve testosterone levels immensely. Therefore, it was found that taking around 500 mg of fenugreek may help promote testosterone production and improved sexual performance in men with testosterone levels ranging from low to normal. Male UltraCore contains 600 mg of a 50% standardized fenugreek extract that’s guaranteed for potency and purity as part of the supplement’s STEM Free Testosterone complex. 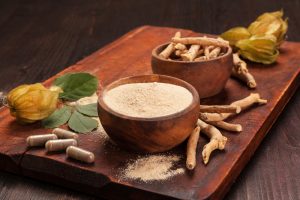 Current research on ashwagandha (an herb also known as Withania somnifera) has determined that it may help boost testosterone levels, apart from increases in muscle size and improvements on sexual function. Ashwagandha’s roots and berries have long been used in traditional Indian Ayurvedic medicine to treat a vast catalog of ailments as an adaptogen that helps the body manage stress.

Ashwagandha has been shown to deliver a substantial increase in testosterone levels in men diagnosed with clinical infertility.

Shilajit is a sticky, tar-like substance originally sourced from rocks in the Himalayan mountain ranges of India and Tibet. Shilajit is known for its high concentrations of testosterone-boosting fulvic acid, apart from a wide array of essential trace minerals for improved brain function, aging, chronic fatigue, male fertility and testosterone, and a host of other conditions. It’s available as a supplement, and it comes in doses of 300 to 500 mg per day, as well as a powder that can be mixed with water or milk.

Tribulus terrestris is a botanical whose root and fruit have been used in traditional Chinese and Indian medicinal systems. It’s a popular ingredient found in testosterone booster supplements as well as general dietary supplements. Tribulus terrestris is endemic to parts of Europe, the Middle East, Asia, and Africa, seeing traditional use as a treatment for low libido, inflammation, and urinary problems.

While the jury is out and most of the studies on the herb were conducted on animal or test tube subjects, there is some evidence that supports its claims as a traditional aphrodisiac and its ability to regulate blood sugar and cholesterol levels in diabetic patients.

There’s not much you can do to influence and naturally increase your testosterone apart from making healthier lifestyle decisions and effectively addressing the side effects of maintenance medication or underlying health problems.

The only way to determine whether you have low testosterone levels is by way of a blood test. Other men may register a lower than average testosterone level without any discernible symptoms or negative effects — therefore, most men don’t require treatment. In other men, however, low testosterone might cause osteoporosis, or changes in sleep patterns, moods, and sexual function.

Consult your doctor if you are concerned of low testosterone levels. They will help you best determine whether the symptoms you are experiencing are caused by other factors or underlying illnesses that are impacting your T levels. Once your doctor identifies such conditions, in most cases, testosterone levels will return to normal serum levels.