Trending Now
A Primer on Free Testosterone and Your Health
The Complex Science of Erections
7 Physical and Psychological Factors that Cause Low...
The Lowdown Between Testosterone Replacement Therapy and Anabolic...
How to Keep Your Testosterone Levels High in...
Stress, Anxiety, and Sex: How Do They Interact?
The Lowdown on Ejaculations and Aging
8 Vital Nutrients You Need More Of (To...
Is Daylight Saving Time Screwing Up Your Sex...
Anabolic Steroids: Friend or Foe?
Home Men's Health 4 Tried and Tested Natural Treatments for ED
Men's Health

There’s no secret about it — erectile dysfunction, or ED, is, after all, a common health problem that many adult men will have to deal with.

You’ve probably seen ads or commercials for herbal supplements for erectile dysfunction, or otherwise to enhance your sexual performance. But the question remains: will they work for YOU?

Granted, dietary supplements for erectile dysfunction and similar natural treatments have long seen use in traditional Chinese, Indian, and African medicine, among others. However, not like prescription standbys for ED like sildenafil, vardenafil, tadalafil, and avanafil (e.g. Viagra, Levitra, Cialis, and Stendra, respectively), it must be noted that many of their effects haven’t been studied or tested well enough to make a conclusive determination. Others might cause side effects or adverse interactions with particular medicines; while the potency and purity of active ingredients will vary depending on the product used.

There are some tried and tested natural treatments for ED, however — and we’ve put together four of the best exponents. Here they are:

Panax ginseng, or red ginseng, is one of the ancient natural treatments known as the “herbal Viagra”, and for good reason — there is some solid science behind the moniker.

According to a review of seven studies on Panax ginseng and erectile dysfunction, dosages of 600-1000 mg of red ginseng provided serious evidence regarding its efficacy in treating ED, particularly in the activity of ginsenosides — its bioactive compound that works at the cellular level to boost erectile strength.

Better yet, red ginseng is also known for its ability to improve lung function, anti-inflammatory reactions, and increase vasodilation — all of which can reduce the effects of erectile dysfunction in men.

DHEA, or dehydroepiandrosterone, is a hormone produced by adrenal glands that may be converted into testosterone and estrogen. Men with ED tend to have lower DHEA levels, and studies have shown its effectiveness in helping them obtain and keep an erection.

DHEA has also received plaudits as a potential treatment option for men with ED and diabetes, simultaneously. Erectile dysfunction tends to affect such men because of the hormonal issues and the complications from diabetes that may prevent optimal blood flow throughout the body. 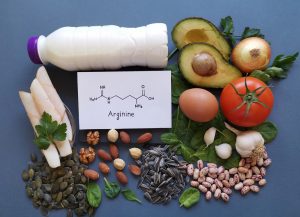 L-arginine is a naturally-occurring amino acid present in the human body, responsible for creating nitric oxide — the key component the body needs to obtain and maintain erections, apart from optimal sexual function.

According to studies conducted on the effect of L-arginine, particularly on ED, it was found that 31% of men struggling with ED taking a 5g dose of L-arginine daily enjoyed improved sexual function.

Another promising study looked at the effects of L-arginine combined with pycnogenol, which restored an astonishing 80% of participants two months into the study. L-arginine has shown a lot of promise when combined with other medications, due to its safety and effectiveness for treating mild to moderate erectile dysfunction. Oh, and it’s also well-tolerated by the body, which is always a good thing. 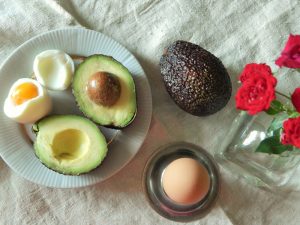 Last, but not the least, we have acetyl-L-carnitine (ALC) — a nutrient that is fast making a name for itself as a member of the carnitine group, which are aminos gained from the consumption of meat and dairy products. Carnitine can also be synthesized from lysine and methionine, a pair of amino acids. ALC is thus far the most effective exponent of the carnitine family, known for its effect in fat burning and energy production as an essential nutrient for cellular mitochondria. Furthermore, it may help the brain withstand oxidative damage.

The Urology journal, in a publication in 2004, cited studies from Italian researchers in carnitine’s ability to improve the common symptoms of aging in men, particularly in terms of sexual dysfunction and mood problems due to diminishing testosterone levels as men age. In fact, carnitine was shown to have performed better than testosterone in improving erectile function, libido, and nocturnal erections increasing over the course of the study. Carnitine outperformed testosterone in practically all aspects, and at the very least, performs just as well as testosterone apart from a few certain caveats.

However, the difference is that the control group treated with testosterone had higher free T and increased serum concentrations of testosterone, while carnitine’s effect on luteinizing hormones was insignificant.

Carnitine’s potential was upheld by the Mayo Clinic, which cited studies showing that another member of the carnitine group – propionyl-L-carnitine – when combined with sildenafil, may increase erectile function better than just the latter taken by itself. That’s not to mention the fact that propionyl-L-carnitine was determined likely to be safe under medical supervision.

Nevertheless, if you are struggling with or concerned about the symptoms of ED, consult your doctor before going into business for yourself and trying any supplements or medicines on your own. In general, ED is symptomatic of deeper underlying health problems such as cardiovascular disease or hypertension.

A proper diagnosis from your primary healthcare provider will help them determine the best treatment plan for ED, which may include lifestyle changes meant to reduce your weight, cholesterol levels, or by taking medicines aimed to help reduce the blockages in your blood vessels.

If your doctor determines that you are in otherwise good health, he or she may recommend the usual ED treatments as we have outlined earlier. Don’t forget that it’s your body and your choice, so ask your doctor first if you are interested in taking natural treatments and supplements.

Regardless of which treatment option you plan to take, remember that ED isn’t a death sentence for your sex life — rather, it’s a very common condition experienced by many men, and can be treated. With a little experience, it is highly likely you’ll find the right treatment for you and your partner.

The Skinny on Exercise and Testosterone