Trending Now
A Primer on Free Testosterone and Your Health
The Complex Science of Erections
7 Physical and Psychological Factors that Cause Low...
The Lowdown Between Testosterone Replacement Therapy and Anabolic...
How to Keep Your Testosterone Levels High in...
Stress, Anxiety, and Sex: How Do They Interact?
The Lowdown on Ejaculations and Aging
8 Vital Nutrients You Need More Of (To...
Is Daylight Saving Time Screwing Up Your Sex...
Anabolic Steroids: Friend or Foe?
Home Men's Health Sex Myths That Can Hurt Your Relationship
Men's Health

Sex Myths That Can Hurt Your Relationship

Typically, you may feel knowledgeable and on top of your game when it comes to sex, but there might be a lot of things you are doing wrong.

We understand that no one wants to accept that they are doing the whole sex thing wrong, but it doesn’t change the fact that a lot of people in their adulthood are clueless, and have many silly ideas about sex stuck up in their head.

So, with this misinformation, you go into a relationship or marriage, and things begin to go downhill.

Let’s look at sex myths that can ruin your relationship, and dampen things in the bedroom. 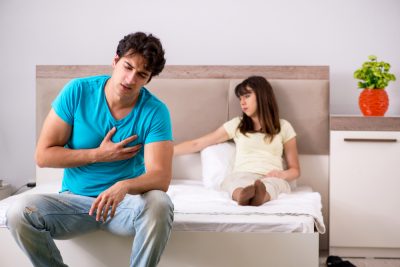 Sex Can Lead To Heart Attack

You may have heard of stories about older men who got too excited while having sex, and all of a sudden, they developed a heart attack in the process. That’s a complete myth because unless you have diabetes or you smoke, there is no reason why you should have a heart attack during sex. If anything, sex is good for your cardiovascular health, and research has shown that men who have sex at least once or twice a day, reduce their risk of developing any cardiovascular disease.

People in Relationships/Marriages Don’t Play With Themselves

There Should Be A Specific Number of Times to Have Sex

This is probably the most common myth out there, and more people are curious to know the magic number of times to have sex every day. Truthfully, there is nothing like a magic number for how often you should have sex with your partner.

Ditch the information you hear from friends and family, or even magazines because it’s all lies. Your friends are most likely exaggerating, and the magazines want to sell an exciting story to the public.

Instead, your priority should be on what exactly clicks for you and your partner.

Sex Must Always Be Spontaneous

Sure thing, sex should be fun and spontaneous, but not all the time. Let’s be truthful, people are busy and have responsibilities, so having spontaneous sex always isn’t precisely real.

You may always be reflecting on the spontaneous sex you had at the beginning of your relationship. Still, in reality, a certain level of planning went into the sex – personal grooming, going on dates, setting the mood, and so on.

So, it isn’t wrong to schedule a time for sex; it doesn’t spell out trouble in a relationship. Get out your calendar and tick in some fun.

Your Partner Should Know What You Want 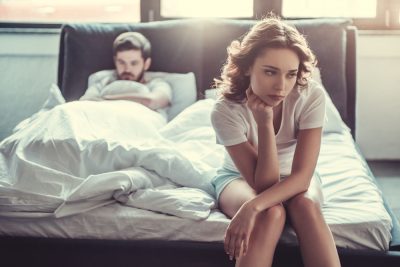 Do you know your partner can’t be a mind reader? Even if they understand you perfectly, and you have been together for long years, it doesn’t rule out the fact that they can’t read your mind.

This goes to show how important it is to know your body and what pleases you, and then to know how to communicate your desires/needs to your partner.

The truth is, they may never figure out if you don’t spell it out to them.

Thanks to so many romantic movies and novels going around, we believe that when you love someone genuinely, the passion and love would never go away, and if it does, then you are in a wrong relationship.

However, you should know that passion naturally diminishes, especially when there is a routine in the relationship. As more responsibilities come, partners rarely have time for each other, but that doesn’t mean the passion is dead for good. With a little planning and playfulness, you can spice things up with your partner again.

You shouldn’t go too hard on yourself if you have, at some point, accepted any of these myths to be true because the amount of misinformation on sex is numerous.

Hopefully, these myths listed out that have been debunked would help you ease up and enjoy sex better with your partner.

The Best Way to Do Leg Extension

How to Lose Weight without Dieting