Trending Now
A Primer on Free Testosterone and Your Health
The Complex Science of Erections
7 Physical and Psychological Factors that Cause Low...
The Lowdown Between Testosterone Replacement Therapy and Anabolic...
How to Keep Your Testosterone Levels High in...
Stress, Anxiety, and Sex: How Do They Interact?
The Lowdown on Ejaculations and Aging
8 Vital Nutrients You Need More Of (To...
Is Daylight Saving Time Screwing Up Your Sex...
Anabolic Steroids: Friend or Foe?
Home Men's Health CAN VITAMIN DEFICIENCIES AFFECT YOUR ERECTIONS?
Men's Health

CAN VITAMIN DEFICIENCIES AFFECT YOUR ERECTIONS?

Strength isn’t solely dictated by your muscles—erections, in particular.

The penis isn’t a muscle, but everyone wants a stronger erection.

If you have been having problems with getting erections and maintaining them long and strong enough for vigorous, robust sex, get in line – you’re not alone.

A third of all men have had some problems getting “wood,” and it’s starting to become more prevalent between men aged 20-40.

Erectile dysfunction (ED) can become a severe problem for anyone – regardless of whether it happens once in a blue moon or every day.

More than a few things play into how often you obtain and keep your erections – from the usual suspects like cardiovascular disease and diabetes, all the way to something as mundane as vitamin deficiencies.

Let’s take a look at how vitamins impact the frequency and quality of your erections.

Unknowingly to many, vitamin deficiencies may be a source of sexual dysfunction. In such cases, supplementing that missing vitamin might improve your condition. Here are some of the vitamins that have been scientifically proven to enhance sexual performance and erectile function.

In the end, vitamins aren’t just the only supplements that have an impact on ED. Magnesium, a mineral, might also help improve ED symptoms. While magnesium is better known for sleep and recovery, it is also a prerequisite of many bodily processes. Magnesium deficiency was linked to erectile dysfunction in a particular 2017 study, but thus far, there is no evidence demonstrating that magnesium supplementation helped improve ED symptoms.

Copper and zinc have also been found to assist in getting your penis up and keeping it up. However, the preliminary research was conducted on animal subjects – and the jury is still out on the evidence supporting their benefits on human subjects. 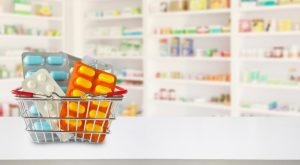 Natural supplements exist and are used as alternatives to over-the-counter prescription drugs like Viagra, but many of these require more research. However, the field is promising, what with the scientific findings that indicate their success in helping improve erectile function in men with ED.

One of the most promising natural health supplements in the male enhancement game is Male UltraCore – the #1 ranked testosterone and male performance booster in the world today. Male UltraCore is backed by over 100 pages of scientific research supporting its ability to help increase energy, revitalize your body, and get your testosterone working for you.

Male UltraCore is powered by STEM, its Sustained Testosterone Enhancement Method, as well as its VI-PEX formula for improved vasodilation, blood flow, and ultimately better, fuller, longer-lasting erections. These are powered by a proprietary formula that uses highly-potent standardized ingredient extracts from the highest-quality testosterone and sexual performance-boosting herbs and compounds the world over;.

Male UltraCore has been the leading testosterone booster for men who know their stuff – and it might just be the natural solution to erectile dysfunction you might need.

Learn more about how Male UltraCore can help you regain your lost vim, vigor, and vitality, boost your testosterone, and optimize your performance in the bedroom.

Always remember, if you have any concerns about sexual performance – or any health issues, for that matter – consult your healthcare provider directly. As the U.S. FDA doesn’t regulate supplements, it’s best to get advice from a registered professional or buy only from legitimate brands.

This testosterone booster may help improve your performance in the bedroom

Male UltraCore is the #1 testosterone booster and male enhancement supplement guaranteed to help you raise your T levels for better overall performance.

Erectile dysfunction is treatable in most, if not all, cases

HOW TO BOOST CONFIDENCE WHEN YOUR TESTOSTERONE LEVELS ARE LOW