Trending Now
A Primer on Free Testosterone and Your Health
The Complex Science of Erections
7 Physical and Psychological Factors that Cause Low...
The Lowdown Between Testosterone Replacement Therapy and Anabolic...
How to Keep Your Testosterone Levels High in...
Stress, Anxiety, and Sex: How Do They Interact?
The Lowdown on Ejaculations and Aging
8 Vital Nutrients You Need More Of (To...
Is Daylight Saving Time Screwing Up Your Sex...
Anabolic Steroids: Friend or Foe?
Home Men's Health 7 Reasons Why You Should Exercise Out in the Cold More (During Winter)
Men's Health

Let’s face it: even the most dedicated pros will find the notion of exercising in cold, potentially sub-zero temperatures a hard sell.

Quiet, freezing mornings and cold, dark nights during winter can’t be too conducive for exercise. Not many relish the prospect of negotiating a 10K run in the wee hours of a frosty, sub-zero morning in the middle of winter, and it will drive anyone indoors.

But hear us out.

See, just like any other time you were planning to ditch your workout but decided to soldier on nonetheless, you’ll thank yourself you did. Because by breaking out from the confines of the four corners of your room and exercising out in the elements, you’ll unlock a wide array of benefits by doing so.

We’ll show you seven reasons why you won’t regret braving the cold and exercising out in the elements during the cooler months. Just don’t forget to cover up.

Exercise longer to increase your immunity 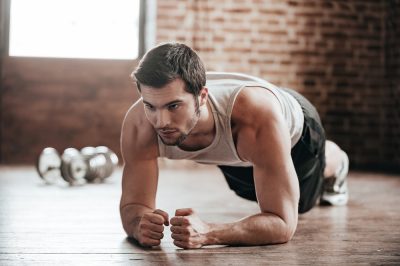 Outdoor runners, for instance, have proven that exposure to the elements of winter doesn’t necessarily lead to sickness. In fact, a study from the University of Bath showed that endurance training may strengthen your immune system.

The same study determined that exercise increased the number of T-cells, which are responsible for fighting sickness, by as much as tenfold. Moreover, they tend to collect in areas that are most prone to developing infections in cold weather, such as the lungs. On the other hand, figures from Mayo Clinic appear to support this claim, with outdoor exercise having been shown to reduce the likelihood of contracting flu by as much as 20-30%.

In theory, what this means is that exercising in the cold may help you burn a higher rate of calories. This appears to be supported by research from the University of Colorado showing that cold weather “switches” power sources (from carbohydrates to fat) depending on the temperature. That 10k run doesn’t sound too much of a chore now than it once did, doesn’t it?

It gets naturally harder to spend time outdoors once temperatures start declining, and especially more so when winter comes around. But even just getting outside and experiencing the cool climes goes a long way in helping you obtain the recommended allowance of vitamin D experts suggest. Better still, healthy vitamin D levels are correlated to a diminished risk of developing cardiovascular ailments, according to a Harvard study.

There aren’t a lot of things more “welcoming” than chilly winter air. But by accepting it and using it to your benefit, you’ll help boost aerobic function by exercising outdoors.

Here’s how it happens: as your blood vessels begin to narrow in colder temperatures, your lungs and heart need to work doubly hard to deliver oxygen and blood throughout the body. While this is more taxing to the body, it may help boost aerobic muscular function by allowing the muscles to receive more oxygen while exercising.

Winter running conditions may be ideal in certain places

According to studies conducted by the University of Aberdeen Medical School, 10-11° Celsius is the ideal temperature to build stamina and endurance. Intensity levels start to decline any cooler or any warmer than the 10-11 degree range.

In theory, what this means is that your body doesn’t need to exert itself and pump blood to peripheral areas of your body, leading to a larger volume of blood centrally. This means you can run longer while keeping a lower heart rate, giving you the substantial boost you need in order to incorporate new training methods into your regimen.

Essentially, cooler temperatures mean your heart doesn’t work as hard, making you sweat less and use fewer energy resources—all of which lead to more efficient exercise. The body appears to learn how to use oxygen more efficiently when exercising in cooler weather.

Reduce the blues brought on by changing seasons 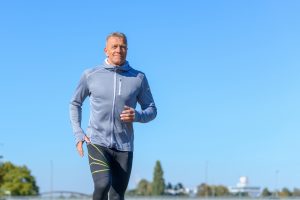 It always tends to be more gloomy as winter approaches for individuals with seasonal depression. Seasonal depression manifests itself in symptoms such as low energy levels, disinterest in pleasurable everyday activities, apart from depression, lethargy, and guilt.

Training during winter, however, helps reduce the blues by delivering a hormone-powered boost brought by noradrenaline and beta-endorphins. Not only does training fight depression—it gives you a valuable dose of vitamin D.

Swimming in cold water may help reduce the brain’s risk of developing dementia, based on animal studies conducted by the University of Cambridge.

The researchers discovered a particular protein was activated in hypothermic temperatures in mice, which may provide a clue for researchers to find ways to slow down the progressive degeneration from mental illnesses such as dementia. The protein, called RBM3, was higher in individuals who swim in open water. The potential for researchers of harnessing hypothermia for therapeutic purposes is immense, and the key takeaway is that humans have a similar response in cold temperatures just as mice do.

Dispelling the 5 Most Common Myths About Erectile Dysfunction