Trending Now
A Primer on Free Testosterone and Your Health
The Complex Science of Erections
7 Physical and Psychological Factors that Cause Low...
The Lowdown Between Testosterone Replacement Therapy and Anabolic...
How to Keep Your Testosterone Levels High in...
Stress, Anxiety, and Sex: How Do They Interact?
The Lowdown on Ejaculations and Aging
8 Vital Nutrients You Need More Of (To...
Is Daylight Saving Time Screwing Up Your Sex...
Anabolic Steroids: Friend or Foe?
Home Men's Health 5 Emasculating Sexual Conditions in Men (and What You Can Do About Them)
Men's Health

Erectile dysfunction, or the inability to get or keep an erection going, is one of the more sensitive topics for men to discuss, to say the least.

And understandably so—ED ranks as one of man’s greatest fears.

Society and culture appear to dictate that you’re somehow less of a man if you can’t get aroused on demand. But the reality is, you can’t expect your dick to do tricks on cue every time you ask it to and then freak out as though it was the end of the world when it doesn’t do so at age 50.

Here’s the thing: your penis, like any other organ, isn’t always reliable 100% of the time, and everybody—EVERYBODY can run into problems with their plumbing from time to time. It’s perfectly normal, and it’s okay to admit that.

There seems to be a prevailing misconception that men should always act overly confident about sex, and should never be vulnerable about their sexual health.

But the reality is way, way different from what we’re led to believe by the ads, the movies, and the TV shows.

Every time men suffer from sexual dysfunction, they can be horrified at the prospect of being roundly ridiculed for their perceived failure to measure up in bed to the unrealistic standards they delude themselves into fitting in.

It’s traumatizing for some—the ability or lack thereof to summon an erection when it’s time for action is so critical to their self-worth.

Well, here’s the thing: you’re not alone. That should make you instantly feel better about your predicament. 30 million adult Americans share this predicament with you. That’s a lot of men.

Next time you head to the office, or at the club, remember that many men agonize through the same thing.

The absolutely bonkers thing is that ED isn’t just common, but surprise surprise—most cases can be fixed, even if some may indicate something more serious under the hood. Nevertheless, don’t be afraid to consult your doctor to find out the root cause, and to find the appropriate course of action to take.

Here are the five most common sexual problems men encounter, and what you can do about them. 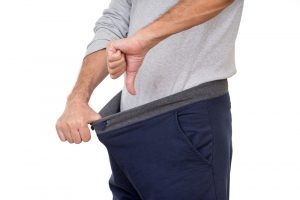 Certain studies have shown that most men who have ended up in the emergency room due to a cardiac incident have had a history of erectile dysfunction three to five years before said event.

Erectile dysfunction is treated by first identifying its root cause. This includes lifestyle diseases arising from being overweight or obese, smoking, lack of physical activity, genetic factors, among other cardiovascular disease risk factors. Prescription drugs for ED may also be given as treatment, such as sildenafil (Viagra), tadalafil (Cialis), or vardenafil (Levitra).

Low testosterone not only affects your fertility and sexual performance, but also your muscle mass, bone density, energy levels, strength, and moods.

Learn how Male UltraCore can help you supercharge your performance at the gym, at the office, and in the bedroom at any age.

Invasive surgery was one of the few options available for Peyronie’s, with a substantial risk of experiencing adverse effects from the procedure. However, as new developments arise in the space, new methods are in the process of being tested for future use, such as injectables to the penis to treat the scar tissue.

Being erect for 4 hours is not a pleasant experience. Rather, it’s a one-way trip to the emergency room. That’s because priapism, or abnormally extended erections, can cause permanent damage to penile tissue if left untreated.

Priapism is sometimes a rare side effect of erectile dysfunction medication as we discussed in the last section; however, priapism occurs more frequently when ED medication is taken as an injectable straight into the penile tissue. Priapism may also be caused in rarer cases by sickle cell disease, cocaine abuse, or as a side effect of taking particular psychiatric drugs. This condition can be treated by draining the excessive blood flow into the penis with a needle, or by taking medication to reduce blood flow into the penis. In extreme cases, surgery may be explored as an option. 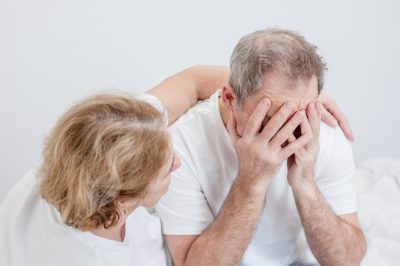 How to manage sexual performance issues

Men can control most of the factors that lead to sexual performance issues—and can actually be delayed, if not totally stopped, by simple things like smoking cessation, managing a healthy weight, and proper diet and exercise. The latter, for instance, can help improve sexual function and performance, as well as boost testosterone levels—with the added bonus of reducing cardiovascular disease or prostate cancer risks substantially.

Find Out What Can Be Lowering Your Testosterone Levels