Trending Now
A Primer on Free Testosterone and Your Health
The Complex Science of Erections
7 Physical and Psychological Factors that Cause Low...
The Lowdown Between Testosterone Replacement Therapy and Anabolic...
How to Keep Your Testosterone Levels High in...
Stress, Anxiety, and Sex: How Do They Interact?
The Lowdown on Ejaculations and Aging
8 Vital Nutrients You Need More Of (To...
Is Daylight Saving Time Screwing Up Your Sex...
Anabolic Steroids: Friend or Foe?
Home Men's Health Can Erectile Dysfunction be Treated with Ginseng?
Men's Health

Can Erectile Dysfunction be Treated with Ginseng?

Herbs and plants have been used medicinal tradition for over millennia.

For instance, Asian civilizations have used a variety of plants and herbs to alleviate and treat a wide array of health conditions.

Ginseng has two main strains: American and Asian. Each strain varies in the active biochemicals as well as their effects on the body. It is thought that American ginseng has a more relaxing effect on the body, while its Asian counterpart has an energizing, rejuvenating effect.

Ginseng contains two important compounds that complement each other to provide health benefits: ginsenosides and gintonin.

Twelve different species of red ginseng have different levels of compounds, all of which have different responses on the body. Asian Ginseng contains a bioactive compound called ginseng saponins which fall into the category of ginsenosides.

This is a natural biochemical compound that can elicit the blood vessels’ relaxation and has anti-inflammatory and antioxidant properties. The American variety of ginseng, however, is less effective than traditional Asian ginseng.

A lot of men who experience ED would prefer to try natural treatments before going onto traditional tablets to treat their ED. Some studies have found that ginseng’s traditional herbal medicine could be very beneficial in the treatment of symptoms of ED.

For instance, a study including over 2000 men with ED showed that ginseng supplementation resulted in improved penile erectile function and that it could be useful. 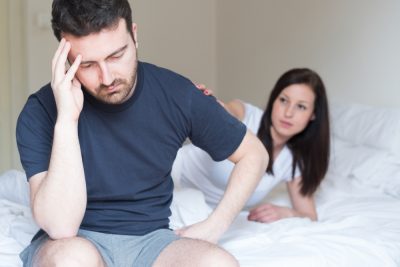 There is a data set of other studies in which men with ED were given a ginseng supplement. The supplement was administered 3 times daily with 600 mg and other doses, including 900 mg and 100 mg.

Ginseng may indirectly have an impact on ED. Studies have shown ginseng’s ability to relaxed blood vessels, increasing the flow of blood.

A previous study carried out in Japan demonstrated the ginsenoside’s ability to release a compound that can relax smooth muscle cells and promote vasodilation, ultimately increasing blood flow.

In turn, it also prevents the artery from contracting. This process can be compared to how traditional ED tablets like Viagra function.

Apart from increasing this supply of nitric oxide, ginseng also has a whole host of other beneficial effects. The evidence from these studies needs to be followed up by more in-depth studies, but there is a foundation of evidence for the claims.

In a particular study subjects who took 100mg of ginseng every day were found to have an increased receptiveness and effectiveness of the flu vaccine and were less likely to have a case of the flu or common cold.

Supplementing with ginseng could also have a direct impact on immune cells. Subjects who were given 100mg of ginseng daily for 8 weeks had increased lymphocytes and T cells, which help fight foreign bacteria or viruses.

Ginseng has also been hypothesized as a potential treatment for a range of cardiovascular diseases. It may help to increase the dilation of important veins and help reduce fat or lipids in the blood, which would be incredibly beneficial for the heart.

Ginseng has also been shown in studies to have a positive impact by lowering the risk of cancer. It has been reported that it may protect individuals against colon cancer through its ability to reduce inflammation.

Another potential way ginseng could help treat ED is that some studies have reported that taking ginseng may reduce stress.

Stress is one of the most important factors that can be factored into a man’s inability to maintain an erection. If ginseng can help reduce stress, it could also help a category of men who have ED alleviate their symptoms.

Ginseng can be obtained in many forms. Korean ginseng can be bought in an oral form as a tablet or pills. It is prevalent to consume ginseng as a tea either in a tea bag or by directly brewing the dried root.

Ginseng has a list of side effects that are important to remember. These include exacerbating the potency of caffeine as well as contributing to an increased heart rate. It is important to talk to a health care professional about supplementing with ginseng

If you feel yourself experiencing any symptoms of erectile dysfunction, it is important to talk to both your partner and your closest available health care professional. It is also important to remember that ED is common amongst men and nothing to be ashamed of.

Now that we know how ginseng impacts erectile dysfunction, let’s look at the many more ways ginseng can be harnessed for health. Without further ado, here are a list of 7 scientifically proven health benefits of ginseng.

Ginseng has been proven to aid in reducing inflammation and prevent stress.

Studies have found ginseng to be beneficial for cognitive function. It can help both healthy people and those suffering from Alzheimer’s disease to feel more calm and centered, and experience an overall boost in mood.

3. Ginseng may aid against erectile dysfunction

As discussed earlier, ginseng has been found to improve erectile dysfunction by reducing oxidative tissue stress and boost blood flow throughout the body, including the pelvic region, where the male reproductive is located.

Ginseng’s compounds not only reduce oxidative stress in the cardiovascular system and the reproductive system – it may also help restore normal penile function.

Moreover, ginseng may promote nitric oxide production, which is the compound that induces erections, improves muscle relaxation, and boosts blood flow in the penis.

4. Ginseng may give your immune system a boost

Ginseng has been studied for its effects on cancer patients’ immune systems, particularly those that are undergoing chemotherapy or otherwise surgery.

A study involving 39 people recovering from stomach cancer surgery that were treated with 5,400 mg of ginseng every day for a period of two years found that they enjoyed improved immune function and a reduction in symptoms.

Ginseng, therefore, may improve the responses of the immune system in people fighting cancer, and might even improve the effect of some vaccines.

5. May Have Potential Benefits Against Cancer 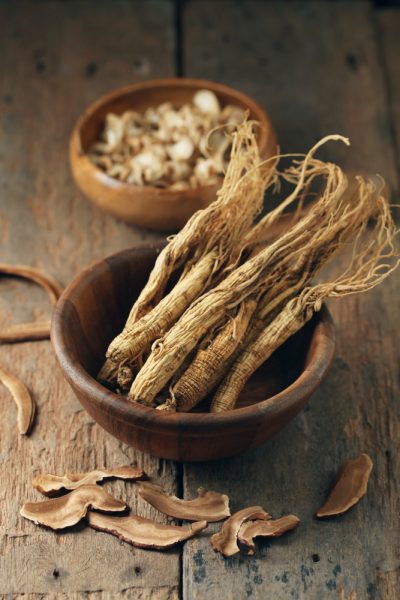 Ginsenosides in ginseng appear to control inflammation, protect against antioxidants, and keep the cells healthy, all of which decrease the risk of contracting certain types of cancer. This, however, needs to be studied more in-depth.

Additionally, an observational study showed that those who take ginseng may be less likely to develop cancers such as those of the mouth, lip, stomach, colon, esophagus, lungs, and liver, as opposed to those who don’t take ginseng at all.

6. Ginseng may aid against fatigue and increase energy

Ginseng has been found to be beneficial for people with and without diabetes. It may play a role in reducing and controlling the presence of blood sugar in both categories.

Both strains of ginseng (American and Asian) have also been suggested to improve the function of cells located in the pancreas, boosting the production of insulin, and enhancing blood sugar uptake in tissue.

Additionally, extracts made out of ginseng may help provide protection against antioxidants, which control the presence of free radicals for people who are dealing with diabetes.

How do I include ginseng in my diet?

Very simple: ginseng can be consumed raw, boiled into a tea, or added as an ingredient in certain types of dishes. It is also consumed as part of a supplement, capsule, oil, or otherwise consumed in a powdered version that is easy to mix with most foods.

What are the side effects of ginseng?

Research shows that ginseng appears to be safe for human consumption, and that it should not cause any adverse effects or reactions in otherwise healthy people.

That said, people who are taking maintenance medications for diabetes should keep a close eye on their blood glucose levels when supplementing their diet with ginseng to make sure that their levels don’t fall too low than what is needed.

It also must be noted that ginseng may reduce the effects of anticoagulants.

It is for the abovementioned reasons that you should always discuss any plan to go on a supplementation program with ginseng with your healthcare provider before even thinking of taking it.

Children and lactating or pregnant women are otherwise advised to avoid ginseng due to a lack of studies testing its safety on such subjects.

It is also worth mentioning that studies show that prolonged ginseng use may yield diminishing returns over the long haul.

Ideally, ginseng is taken in cycles of 2-3 weeks with a biweekly or weekly break in between cycles – however your healthcare provider will be the best resource to determine how much of it you should take and how often.

What Causes Erectile Dysfunction and How is it Treated?

Stretches for Lower Back Pain