Trending Now
A Primer on Free Testosterone and Your Health
The Complex Science of Erections
7 Physical and Psychological Factors that Cause Low...
The Lowdown Between Testosterone Replacement Therapy and Anabolic...
How to Keep Your Testosterone Levels High in...
Stress, Anxiety, and Sex: How Do They Interact?
The Lowdown on Ejaculations and Aging
8 Vital Nutrients You Need More Of (To...
Is Daylight Saving Time Screwing Up Your Sex...
Anabolic Steroids: Friend or Foe?
Home Men's Health A Multidisciplinary Approach to Increasing Semen Quality
Men's Health

We’ve seen the scenes in adult films time after time: and it appears that ejaculate should be voluminous explosions of thick, creamy male reproductive material if everyone was alike.

Like anything and everything linked to men’s sexual health, semen can be anything from something men take pride in, or something they feel insecure, anxious, or concerned about.

Perhaps the unfounded myths about virility you’ve come across time and time again have taken root in your mind: that the volume of your ejaculate matter is an indicator of your fertility as a man, or that the volume thereof directly influences your performance between the sheets.

Individuals who ejaculate in larger, voluminous amounts might think they are in prime of their sexual health and virility. But the truth is, it doesn’t matter whether you explode like a geyser or dribble like you would during a tooth extraction—semen volume has no relation at all to sperm volume.

How is semen produced?

Seminal vesicles are glands located behind the bladder. The produce around half to two-thirds of the fluid in semen. Then, the prostate produces the fluid that is responsible for transporting and nourishing sperm, which counts to around 20-30% of seminal volume. Only the remaining 5% comprises the actual sperm produced in the testicles. Finally, the bulbourethral glands, which are located around the base of the penis, then secrete a lubricant. In general, men produce up to 1.5-5 ml of semen during ejaculation (roughly enough to fill a teaspoon on the higher end of the spectrum.)

In general, male sexual health isn’t linked to the amount of semen production. Semen volume is not related to sperm health, nor sperm volume. However, there are exceptions to the rule: a percentage of infertile men due to low sperm count might run into said deficient semen volume.

Does semen volume have anything to do with sexual performance? 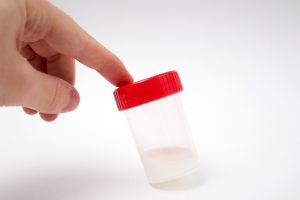 At the same time, the volume of semen you ejaculate has no bearing on whether you’re good in bed. 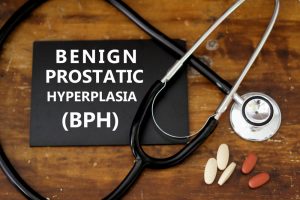 Many factors can cause changes to “internal plumbing”, so to speak—and the primary one is Father Time. It is during puberty when semen volume is at its peak, and the volume is set to decline from that point forward.

Much of age-related changes in ejaculate volume is related to the reality of prostate growth in men as they get older. And when the prostate grows, it gets harder to urinate, and it starts losing the vascularity that creates seminal fluid.

­­Other conditions such as benign prostatic hyperplasia (BPH), or prostate enlargement, which may cause urinary problems; and prostatitis, or prostate inflammation, which may lead to fluctuations in semen quality.

Nevertheless, if you’re concerned about what you perceive to be poor semen volume, it’s best to consult a professional that can conclusively determine its causes.

Another tack you might wish to take is the supplement route. Supplements such as Male UltraCore, for instance, which has garnered industry and commercial acclaim as a testosterone booster supplement, focus on ingredients that are tested to improve certain aspects of male sexual health, such as male enhancement, sexual performance, testosterone increase, to semen production.

Male UltraCore uses a unique ingredient formulation featuring over 12 fertility and male enhancement ingredients such as ashwagandha, zinc and magnesium aspartate, fenugreek, maca root, and so many more—and the difference between Male UltraCore and other supplements is in the quality of Male UltraCore’s ingredient extracts, all standardized at safe and potent levels to ensure the desired effect.

It must be mentioned that there isn’t yet an FDA-approved supplement that can increase the volume of your ejaculate. Apart from that, it would be difficult to conduct such a study as men differ in ejaculate production, based on a wide array of variables that complicate things.

Therefore, we can’t stress this enough: if your semen production is bothering you for some reason, consult your primary health care provider.

And, instead of trying to scour for products that may help you improve your sexual health and performance, it’s vital to remember that every single aspect of male sexual health improves whenever your body is at its healthiest.

Thus, perhaps the best place to start is a holistic approach featuring a balanced diet, regular exercise, avoiding smoking, drinking, and drugs, getting enough sleep, and reducing stress and anxiety will do wonders for your cardiovascular and overall health. Doing so may improve blood flow, and therefore increase your erection hardness and frequency, as well as give you enough gas to last an entire night of love-making. Pairing an approach with a supplement like Male UltraCore to cover any nutritional gaps under the close supervision of your doctor may just put your mind at ease.

Dispelling the 5 Most Common Myths About Erectile Dysfunction